Rivers Corbett
Canada
Rivers Corbett, MBA is an award winning entrepreneur, speaker, and author of "13 Fears of Entrepreneurs" He has received numerous business honors including Entrepreneur of the Year, Canada's Hottest Start-ups List and Canada's Fastest Growing Companies list through Profit magazine and most recently recognized as one of Canada's 10 Mentor RockStars.. Rivers is presently a member of Startup Canada's National Advisory Council, founding entrepreneur of StartUP Fredericton & the "Entrepreneur in Residence" at the University of New Brunswick. His real joy and expertise is being a StartUP Advisor and "zagging while everyone else zigs"...like his two newest businesses ventures the Relish Gourmet Burgers restaurant chain and TheRockStar StartUP for StartUP entrepreneurs. Oh... he is also the leader of a team of over 25 chefs through his other company The Chef Group. Not bad for a guy who hates to cook. Always looking for a new idea to help businesses' succeed...this is his newest marketing discovery for StartUPs The Lyoness Advantage. "Rivers is a 21st century entrepreneur, he's the one to watch" - Jim Gilbert: Canada's Huggable Car Dealer!

Have you heard of Joshua Hayward yet?

He's a successful entrepreneur who teaches the three biggest keys to being successful in anything you choose! And not for just any success… for far greater success than you ever imagined and at a much faster rate than you thought possible! He's doing a seminar here soon and he is going to share how he has used these three keys to:

All within the last 2 years!

Get more of the details here:

2 ½ years ago he was a broke young guy, working at a dead end job, driving a crappy car that was falling apart. He was the most dedicated, hardworking guy in the work place, but had "maxed out" on what the company would pay him. He was loyal to his company but to them he was just another number and was unappreciated. He was totally dissatisfied with his situation and felt that he had more potential, but had no clue what to do about it. Have you ever felt like that?

Then he was introduced to these three keys and his life totally transformed. Now he's owned three successful businesses and has made hundreds of thousands of dollars… and here's the kicker… It's all been while doing something he loves to do anyways. He hasn't worked a single day in the last 2 ½ years, because when you love what you do, you'll never work a day in your life! He's done it and he's going to teach you how you can do it too!

He's hosting an event called VISION TO SUCCESS that I would like to personally invite you to. There's only a limited number of tickets so follow this link now and get all the details...


This event will totally rock your world. I hope to see you there.
--
reLiSH Life!

The most powerful client attraction system
on the planet! http://estartup7.com

Why Consider Being a Start-up Entrepreneur?


Why You Should Consider It?

When you look at entrepreneurship you may be wondering why on earth you would ever want to do it? It sounds scary, uncertain and downright crazy, doesn't it?

The truth is though; it comes with rewards that far outweigh the risks. You will feel a sense of accomplishment and exhilaration. You’ll be able to say that you’ve done something that plenty of people dream of, but few have the guts to actually do. You’ll belong to an elite club, and let’s face it, once you’ve done it, there won’t be much left in the world for you to fear, will there?

Taking any risk, whether it’s flinging yourself out into the sky with only a piece of fabric and a few ropes, or whether it’s giving up security to follow a dream, is scary. For those who can get past the fear, however, the view is pretty spectacular!

And here's the great part....there are lots of us out there who love to help you succeed. Thinking of joining us?

Come along for the ride


Posted by Rivers Corbett at Thursday, January 27, 2011 No comments: Links to this post 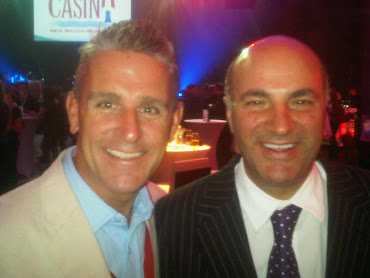 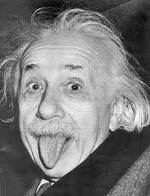 My Next Newest Venture - The Jukebox of the 21st Century